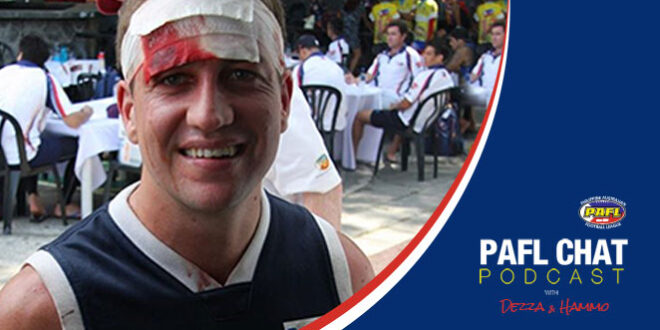 Craig Marsh’s footy career in Asia has been nothing but extraordinary. Having won the Asian Championships with two different clubs and countries, he has also been selected twice in the all Asian team and also won the best player in the PAFL in his very first year picking up the Carman-Murrihy medal as well as playing in the inaugural Manila Cup winning team for the Philippine Eagles.In this episode, Marshy chats with Dezza and Hammo and recounts how he converted to Aussie Rules from his soccer and rugby background while living in the Middle East, as well as the big kicks, the big hits and highlights from his time in Asian Footy

In this absolutely amazing episode of the PAFL Chat Podcast, we catch up with Peter …

Catch Up on News