No competition would be complete without an award for the best, not necessarily the fairest, player for the year. PAFL devised a method for voting in the simplest, fairest and most interactive way. At the end of each game, each player is given a vote card and they are to vote for who they thought were the best 3 players for the game, in the 3, 2, 1 order (BOG being 3 votes). The rules for voting are simple – you can vote for players from either team and you cannot vote for yourself. The player with the most votes at the end of the season is the winner of the Carman-Murrihy medal for best player.

The medal is named after two of Australia’s most successful businessmen in the Philippines, Randell Carman and James Murrihy. In the beginning of PAFL, without their generosity and support, we would have not had goal posts or uniforms! Our best player award has been named after them as a sign of PAFL’s appreciation for their effort and support in helping us to get going. 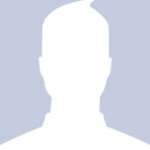