Home / About the PAFL / History of the PAFL

History of the PAFL

At the beginning of 2004, it was virtually impossible to find an Aussie Rules ball to even hold and bounce in the Philippines, let alone play a full blooded game. The most excitement for an Aussie Rules fan in this part of the world, was the once a year Grand Final lunch function. But with the knowledge that the Annual Aussie Rules Asian Championships was alive and well in SE Asia, the challenge was there – to try and establish a team, a league or anything that would allow us to go out and have a run, let fly with a torp and maybe, just maybe, enter a Philippine team in the Asian Championships.

So from there co-founders Peter “Bato” Stone and Derek “Dezza” Ackary, after a drunken kick to kick with a half flat rugby ball, decided to contact all the Aussies they knew to see who would be up for a kick to kick and to see how many would be interested in helping to get an actual comp going. This first kick to kick was held at Nomad Sports Club in the searing heat of the early afternoon of Saturday April 17, 2004. About 15 people turned up and the excitement started to emanate as the Aussie Rules starved participants took great delight in taking a few attempted speccies and letting fly with a few torps which for some, was the first time in decades.

Another kick to kick was organised the following Saturday at Nomad Sports club and it was decided there and then that a serious attempt to start an Aussie Rules comp had some merit. Soon after, the very first game of Aussie Rules in the Philippines was played – well sort of. This game was played at the British School on May 1, 2004 with only 10 people turning up. Initially, this turn up was only meant to be for a kick to kick, but one of the participants suggested that we turn it into a game which everyone agreed to. Due to some injuries during the warm up, we settled on 2 teams of 4, with one of the four having to umpire and play until half time when a late comer rolled up. What made it even more difficult was we only had a soccer pitch with soccer goals! So it was decided to handpass the balls into the soccer goals to score a goal. After two 10 minute halves, it was called quits with the “blues” running out victors over the “reds” 7 goals to 5. Needless to say, the traditional couple of cold beers after the match commenced the important process of Aussie camaraderie off the field.

Then, things really started to get serious. On May 8 2004, the Manila Polo Club (MPC) hosted the first game with real goal posts. It was an amazing turn out, with 27 players pulling on the boots. It was decided to have 13/side game with 10 players on the field and 3 much needed interchange players with 4 x 10 minute quarters. The umpiring duties were rotated each quarter between four of the players.

At that stage, the teams were fairly well undecided so the teams were split into the VICS and NON-VICS, and were pretty evenly matched in terms of age, size, fitness and ability. It ended up being a well fought out game with the final scores: VICS 12.3 (75) NON-VICS 10.6 (66). The game was thoroughly enjoyed by all who participated and everyone could sense as they swilled away on their post match beers, that this was the start of something never before seen in this country. From there, the Non-Vics were renamed the “Dingoes” and a month or so after that, thanks to the generous financial contribution by James Murrihy of bedding company Forty Winks (our very first sponsor), a full playing kit was designed and manufactured for the Dingoes and Vics to put the icing on the PAFL cake. We now had a regular ground to play, we had goal posts and finally, we had kits to wear. Since then, we haven’t looked back.

The non-combative and social spirit in which the matches are played generate a typically friendly Aussie environment to enjoy the company of fellow compatriots, their spouses, family and friends. Our youngest player is 12, our most senior player is 52 and we have everyone in between of varying levels of fitness, experience and ability. Many nationalities have participated in our weekly comp including those of English, Scottish, Irish, American, Canadian, Dutch, Indonesian, South African, Danish, Polish, French and Filipino descent. We have even converted a few die hard Aussie rugby players! It is fair to say that PAFL’s success to date is reflective of the cross-section of players attracted to the competition.

It was soon realised that to capitalise on the momentum that had been gathered with PAFL, the key was to have Filipinos playing the game and involved with the development of the game, both on and off the field. With the expat community being so transient, PAFL’s initial goal was to teach Filipinos the new and exciting game of Aussie Rules in order to keep PAFL alive for the long term. After all, the expats come and go but Filipinos will always be here! As a result, PAFL has seen a gradual increase in Filipino participants year by year. PAFL’s ultimate long term goal, is to one day have a team (or maybe more!) that is 100% made up of Filipino players. This task has not been easy due to the resources and limited funding received by PAFL (PAFL is a not-for-profit organisation), but PAFL will remain focused on trying to teach as many Filipinos as possible how to play and enjoy Aussie Rules. Just because it’s called Aussie Rules, it doesn’t mean you have to be an Aussie to play it. Aussie Rules is simply another sport! PAFL long term success depends very much on Filipino involvement. All of the above relates to the sporting field, but PAFL also has an important pastoral responsibility to its members, the “PAFL family”. PAFL provide a program of social events during both the playing season and off-season to keep the off-field camaraderie strong. So far we have had an Aussie Rules Trivia Night, monthly BBQ’s during our playing season, annual night at the horse races (the PAFL Cup), annual family Xmas BBQ and of course the very successful Annual Presentation Dinner (awards night). We also get together each week to watch on the big screen, the all important weekly AFL matches televised at our home, Nomad Sports Club.

Most importantly, we have developed a compact circle of diverse friends from all age groups and nationalities (some that aren’t even interested in the footy!) that attend all of our events which has proven that PAFL has not only achieved on-field success, but also off-field success. Everyone is welcome to become involved with PAFL whether you are a player, spectator, or just a plain old fun lover. PAFL has something for everyone! Come and visit us at the Nomad Sports Club or for further information click here or go to the membership page if you wish to become a PAFL member and support this great thing we have started 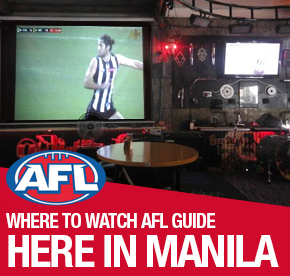